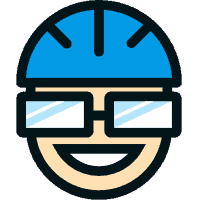 The Honolulu Marathon is the fourth largest marathon in the US, taking place each December. There is no time limit. Experience the Aloha spirit!

The Honolulu Marathon is the fourth largest marathon in the United States after New York, Chicago, and Boston.  There is no time limit and everyone is allowed to finish.  Finishers are greeted at the finish line with a medal followed by a festival area in Kapiolani Park. Collect your finisher shirt, malasadas, and other post-race treats.

The course goes through downtown Honolulu, past Iolani Palace and the Christmas lights, through Waikiki and climbs up and around Diamond Head, before heading out through Kahala and out to Hawaii Kai. Turning back after Hawaii Kai toward Kahala and Honolulu, the course passes Diamond Head again on the ocean side before finishing in Kapiolani Park.

Friends that are participating: